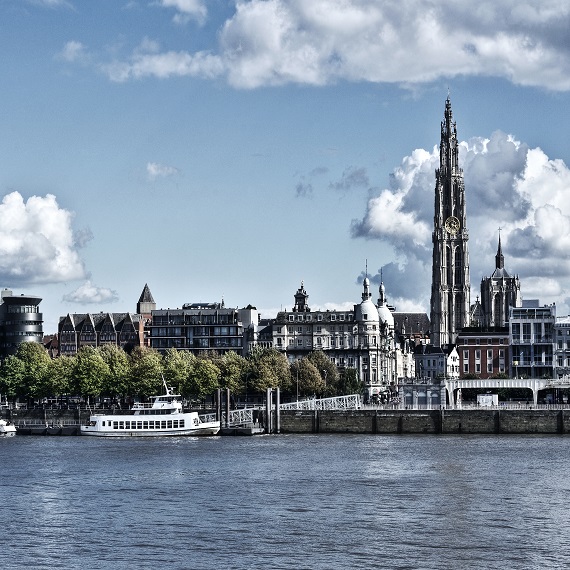 With the aim to increase awareness of Flanders, Belgium, as a cycling travel destination among Danish cycling fans, Related – on behalf of VISITFLANDERS – planned and held a cycling themed event in Aarhus, Denmark. The event took place on the day of the famous race Tour of Flanders. Aarhus was chosen as location as there is each year a “Tour of Flanders pre-race” outside Aarhus – why a lot of Danish cycling influencers and media were already in Aarhus for this event.

The event, which was held in a brewery, started with a lunch event for invited media and influencers only, where the guests were served shrimp croquettes, moules frites and a dessert with Belgian chocolate – each dish carefully paired with a Belgian beer. During the lunch, VISITFLANDERS gave a speech about the destination’s cycling culture and the many opportunities for cycling travelers.

After the lunch event, the brewery opened the doors for additional visitors making it a consumer event. Here, cycling enthusiasts could watch Tour of Flanders on a big screen while enjoying Belgian beers and moules frites – or while trying to conquer one of the steepest hills in Tour of Flanders on an interactive bike; getting the chance to win a cycling trip to Belgium.

The event was held in partnership with Brussels Airlines who also gave away prizes during the event.

The event was a great success with media coverage in both local newspapers and public service radio prior to the event – and a lot of cycling fans learning more about the many cycling and city break experiences awaiting in Flanders, just a short flight away.