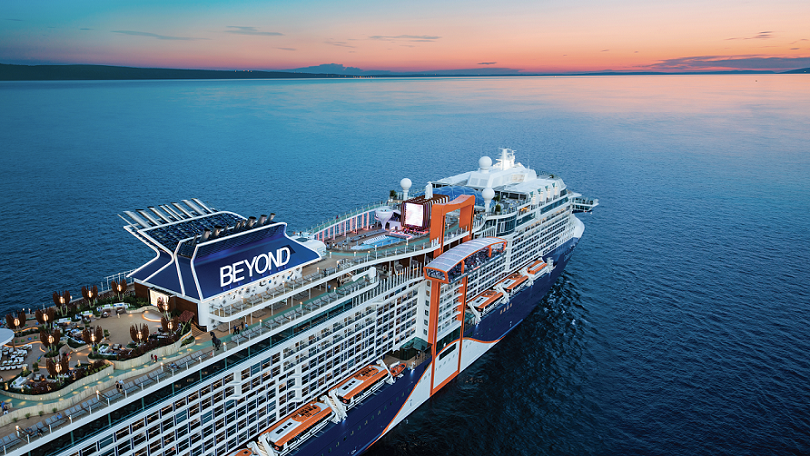 On behalf of our client Celebrity Cruises we have been assisting with PR activities and events ahead of the launch of the new luxury ship Celebrity Beyond. Apart from story pitching and revealing new details of the anticipated ship, one of the key activities included an exclusive inaugural sailing for 14 Scandinavian top media and influencers, hosted and invited by Related. Together with the group, we attended a unique pre-inaugural sailing – getting the chance to experience the new ship before anyone else.

The launch resulted in a total of 50 Instagram posts and more than 200 Instagram stories in just 2 days, reaching a total of 500,000 Scandinavians. In addition, Celebrity Cruises was featured in leading travel trade publications across the region as Standby and Travel News Norway. There are also additional articles pending to be published in Tier 1 consumer media in Sweden, Norway and Denmark.

Celebrity Beyond is the third ship in Celebrity’s industry-transforming “new luxury” Edge Series and stands at 17 decks high and 21 meters longer than her innovative predecessors Celebrity EdgeⓇ(2018) and Celebrity ApexSM(2020), making her the largest ship in the Celebrity fleet.

panoramas, Celebrity Beyond takes the experience at sea further than ever before. Celebrity Beyond showcases the design talents of multi-award-winning British designer Kelly Hoppen CBE; celebrated American designer Nate Berkus; and lauded Paris-based design firm Jouin Manku; along with the innovation of British architect Tom Wright; and the culinary gifts of

Michelin-starred chef and restaurateur Daniel Boulud. The fitness and wellness offering have also been improved even further, including an extended partnership with goop Founder, and Celebrity Cruises’ Well-Being Advisor, Gwyneth Paltrow.

All passengers on the launch, as well as all future sailors, will be in the safest of hands, with Captain Kate McCue taking the helm, the first American female cruise ship captain.

She will then offer a variety of Mediterranean journeys including nine-night Italian Riviera and France itineraries and 10-night Greek Isles itineraries through early October, when she then heads to the Caribbean.