Related assisted VISITFLANDERS with the Scandinavian part of a global cycling campaign called The Flandrien Challenge.

For most cycling afficionados, Flanders is viewed as the Heartland of Cycling. With a terrain of winding, narrow and sometimes brutal roads, its ancient cobbles stand testament to pain, suffering and endurance of many of the most hardened cyclists. In Flanders, the honorary status of ‘Flandrien’ is granted to cycling legends who have demonstrated true grit and endurance.

A cycling campaign merging physical and digital actions
The Flandrien Challenge is a cycling challenge where digital and physical worlds unite. Digital, since you will need to use the Strava-app on your smartphone, and physical since you need to ride 59 so-called segments in different parts of Flanders – all within 72 hours. Thanks to GPS-technology, cycling enthusiast that are in for the challenge can view and follow along with the 59 segments in the Strava-app whilst riding. Each segment will also be visible on the road surface where start and end of each segment are marked on the ground.

Every cyclist who succeeds in completing the route will have its name engraved in a cobble stone which will be exhibited on the Wall of Fame at the Tour of Flanders Centre, a museum dedicated to Belgian cycling history.

Participation in the challenge is free, and riders can choose in which order the segments are ridden. However, to make it easier for the participations, three suggested routes haven been developed. With no expiration date, there is no hurry to complete the challenge. This exceptional ride should though be on every serious cycling enthusiast’s bucket-list when we face a world with less travel restrictions again.

Advertising with Scandinavian media partners
As Scandinavian PR representative for VISITFLANDERS, Related got the task to identify suitable niche media partners for the communication of the campaign in the three Scandinavian countries – with the aim to keep Flanders top of mind as cycling destination and inspire Scandinavian cyclists to start planning future travels.

Three tier 1 media for true cycling afficionados were identified, and Related negotiated and coordinated the media deals as well as assisted on production and approval of content and ongoing dialogue with media and management and reporting of the campaign.

The Scandinavian campaign with content in local languages had a total reach of 290,000 people across Sweden, Denmark and Norway during the campaign period – all within the defined target group of cycling enthusiasts. 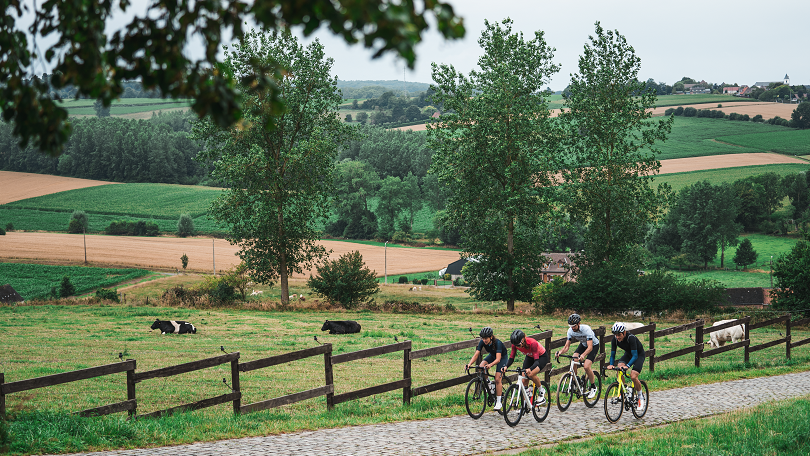